The family car is where a lot of our life happens. It is like a home from home. We group together inside it at the start of each day before going our separate ways. And it’s where we regroup again at the end of the day. With this in mind, how do you make the most of the school run? No sooner as we are all safely inside, the doors slammed shut behind us, then the emotions of the day are released. Tears that have been held in all day start to fall or the “Did you know…?” questions begin.

TAKE ADVANTAGE OF A CAPTIVE AUDIENCE!

I always like to take advantage of being in the car with my children. The fact that they are literally tied to the spot means that I have a captive audience, as long as the engine is on and I just keep driving there is no escape! It was in the car that both my children learned all of their times-tables. Every morning on our 10-minute drive to school I would blast out a singing times table CD over and over again until everyone could run through them forwards and backwards, inside out and upside down. No one moaned or complained as it was only ever a quick 10 minutes at a time and as they were already in the car I didn’t have to drag them away from the T.V in order to do it. No one had an excuse not to join in and it just became part of our daily routine.

Just as I like a well stocked, well-organized freezer, I also like a well thought-out car. Along with my prepacked ‘sick bag’ containing old towels, black bin bags, a change of clothes, wet wipes and bottles of water, I ensure that a pad and pen is always stashed in my son’s car door pocket. This ensures that when we find ourselves just hanging in the car waiting for my daughter’s bus to arrive, school gates to open, a club to finish (this happens a lot), we can go through his weekly spellings. I take a photo of them, they are quite impossible to remember, and whilst we’ve got nothing better to do we test each other. This means that when we do eventually make it home one of the jobs on the to-do list already has a big, fat tick next to it!

It is also possible to snuggle up next to each other in the car in order to listen to my son read. Although he quite enjoys booming it out from the back seat of the car as loud as he can. It’s possible to become so immersed in the story that I can almost forget that we are sat in a cold, dark, unloved concrete carpark waiting for the bus to pull in, late again.

I find that some of the best conversations I have with my children happen whilst being trapped in the car together. I think this is because it’s one of the only places where we all sit down without any distractions. We are forced to spend time in each other’s company whether we like it or not; there are no washing machines, homework or football to kick about. The family snack of choice in the car is always a packet of fig rolls which we munch on whilst telling each other about our day, who said what to who, who had the worst lunch, “what does humping mean?” (a genuine question from my son!) The seating arrangement in a car may also influence the conversation that unfolds. We aren’t face-to-face but are side by side, a much less confrontational position that encourages a more open, honest way of talking to each other.

Having said all of this, however, there are occasions when all hell has actually broken loose in the back of the car! I’m not just talking about the tantrums and arguments but the copious amounts of sick that my son has spewed all over himself and everyone else on numerous occasions. All of life happens here in our family car.

You know, somebody actually complimented me on my driving today. They left a little note on the windscreen, it said ‘Parking Fine.’”
― Tommy Cooper

RELATED: Happiness is writing a list – confessions of a control freak 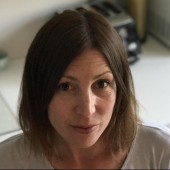 The Gap Year – what are the pros and cons?

Contraception for teens and how to help